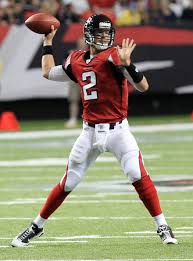 To see all cities check out our City Guide here
Show:

There is no love lost in the NFC South where the Atlanta Falcons battle twice each season with regional rival Carolina Panthers, New Orleans Saints and Tampa Bay Buccaneers.  The countdown of the final seasons to be played in the Georgia Dome is on, with a new state–of-the-art stadium to be ready for the 2017 football season.  Under Head Coach Mike Smith’s leadership, this year’s Falcons look to greatly improve from last season’s performance, utilizing standout University of Alabama wide receiver Julio Jones who is scheduled to return from his season ending foot surgery in time for the 2014 season.  Balanced with an improved running game crafted by Offensive Coordinator Dirk Koetter, it’s no doubt expectations are running high and you’ll want to be in the dome to witness the action first hand. With tickets from SecSeats.com you’ll be an eyewitness to the action on the field as your Atlanta Falcons Rise Up!

Finishing 3rd in the NFC South Division in 2013 left Falcons fans with a desire to get the 2014 season going quickly – and off to a great start. Optimism rests with several factors, including the return of wide receiver Julio Jones, an increased emphasis on the run game supported by a beefed-up line and, on defense, a cornerback tandem of Desmond Trufant and Robert Alford.  With the sixth overall pick in the draft, the Falcons should add a valuable contributor to the roster immediately.

The Falcons schedule kickoffs the 2014 regular season with a visit from NFC South division rival New Orleans Saints at the Georgia Dome on September 7th. The Falcons travel in week 8 to London to host the Lions in the International Series in London, England, leaving seven home games to be played in the Georgia Dome. In addition to the South Conference opponent Panthers, Saints and Buccaneers, you can witness all the action in the Georgia Dome against such stanch competitors as the Chicago Bears, Cleveland Browns, Arizona Cardinals and Pittsburg Steelers with tickets from SecSeats.com.

The Atlanta Falcons have utilized the Georgia Dome as their home venue since it was completed in 1992. Costing $214 million to construct, the stadium is located on 9.19 acres with an area in excess of 374,500 square feet. Teflon-coated fiberglass fabric was utilized for the roof which covers in excess of 74,000 fans for Falcons football games. Major renovations before the 2007 NFL season updated the premium seating areas including the Verizon Wireless Club which you can enjoy with tickets available from SecSeats.com. End-zones have also received new high definition replacement video screens to provide the highest quality replays for fan enjoyment, including improved graphics and player information. The year 2009 also provided stadium attendees with a new sound system to enhance fan experience. Enjoy these perks as the Falcons soar to victory in 2014 with great seats from SecSeats.com.

One of the more intense rivalries in the NFL, these two teams initially faced off in November of 1967 with a New Orleans win. Atlanta holds the regular season advantage in the series with a record 46-43. In addition, the Falcons beat New Orleans 27-20 in their lone post season matchup in December of 1991.  After their first meeting in 2008, Quarterback Matt Ryan knew this game was different, crediting the game’s intensity to the fact that “there are so many people in Atlanta that are from New Orleans and a lot of people down in New Orleans from the Atlanta area, so there are a lot of ties within the cities.”